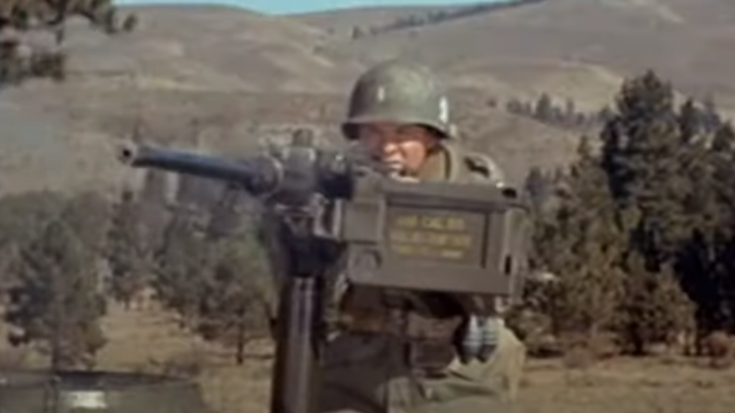 Mostly remembered for being one of the most decorated soldiers of World War II, Audie Murphy was also a songwriter, rancher, and he even dabbled in acting.

At the age of 18, 1st Lt. Audie L. Murphy single-handedly held off around 250 German infantrymen. He ordered his men to retreat deep in the woods. After spotting a .50-caliber machine gun on the turret of an abandoned, burning tank destroyer, he climbed on top and fired at the advancing Germans. He repelled the attack from the enemy soldiers for an hour and ended up killing and injuring fifty of them.

He only stopped when he ran out of ammunition. He sustained a leg wound but he disregarded his injury so he could rejoin his men and remain with them. He was rewarded the Medal of Honor for his actions.