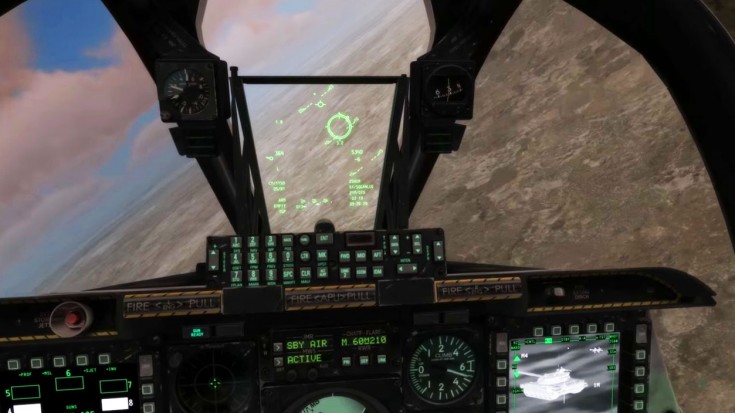 This Is Seriously Worth Learning.

Now, this isn’t for everyone but we do want you to keep an open mind. We just found some crazy simulator footage that for a while we thought might actually have been a real video until it became obvious that it was actually a game.

Named DCS (Digital Combat Simulator), this game is broken down into various different sub games. This footage we show you here is the DCS: A-10C Warthog, however there are many more simulators that include anything from the P-51D Mustang to a UH-1H Huey for example. If you like any sort of plane, this simulator will most likely have you covered.

The most amazing thing about this game is its realism. The graphics are spectacular and include everything from moving shadows across the cockpit to glare from your canopy as the plane moves into the sun. It looks real and when you play the game you feel like you’re there.

The controls are remarkable as well. You can start off with a simplified simulator and just push the throttle and go, but as you progress, the game features a real cockpit which requires you to be a pilot to operate. From turning on the engines to controlling fuel mixtures, you can have the full experience to fly whatever plane you wish.

We picked a short video of an A-10 taking out a tank as everyone loves this plane and what it does. We truly hope you enjoy it and maybe give it a try (no, we don’t get paid for this.) It’s just a really great way to pass time if you’re bored, plus, you can seriously learn to fly an actual plane, even if it’s just in theory.