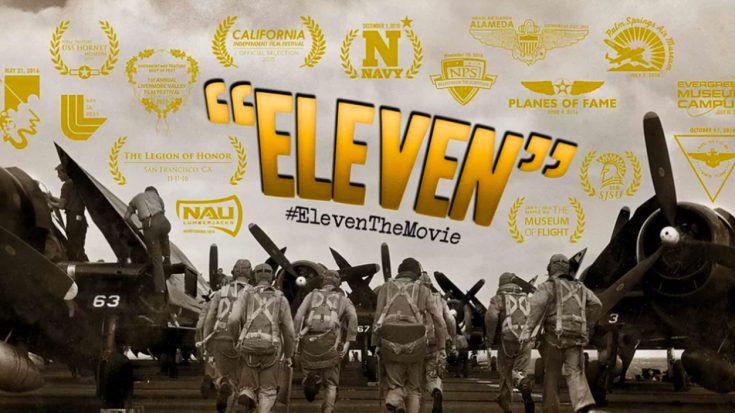 The South Pacific was a volatile hive of combat during WWII as the Allied Forces pressed forward against the Japanese. American pilots were the backbone of the operation and it was an uphill battle to end the deadliest war of all time. Countless veterans have stories to tell about their experiences but filmmaker George Retelas took it upon himself to create a film telling the stories of 11 men who gave so much to save the world called Eleven.

“I discovered my late grandfather’s WWII journal containing memories and photos of his time in the South Pacific. I wanted to learn more about the personal stories connected to the journal and traveled across the US to interview his comrade-in-arms, finding eleven for an oral history documentary.”

On Oct 10, 1942Carrier Air Group 11 was commissioned to go enter the Pacific Theater of War, little did they know they would go down in history fighting air groups of WWII. Now their stories of these 11 pilots can be told in a film that will inspire the masses. Check out a preview of the film in this link and support the film.

"Eleven" The Movie from George Retelas on Vimeo.