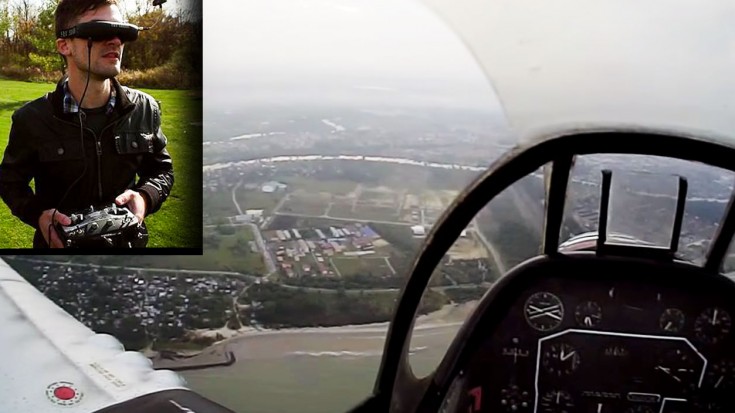 You Can Now Fly An Rc While Operating A Camara That Moves With You!

This technology, which has been around for a while, is getting better and better. You can now equip an Rc plane with a 720p or 1080p camera while operating it with a wearable headset that displays the feed! To make this even more fantastic, it moves with the motion of you head, meaning, you can check your sides when you’re making a turn. This is as close to flying a plane as you can get without actually doing so.

The headtracker attached to the headset lets you operate the camera with the movement of your head. This gives you the feeling you are in the cockpit yourself, making it the best Rc flying experience money can buy

This World War II plane enthusiast decided to put his fancy equipment into one of our favorites, the P-51 Mustang! One of the best fighter and fighter-bombers of World War II, the Mustang’s superior range and high altitude capability made it a great escort for Allied bomber planes. Used extensively during the end of the War, they helped solidify air superiority over the Axis.