B-17 Crash Site Recovery: How Our Girls Get Back In The Air 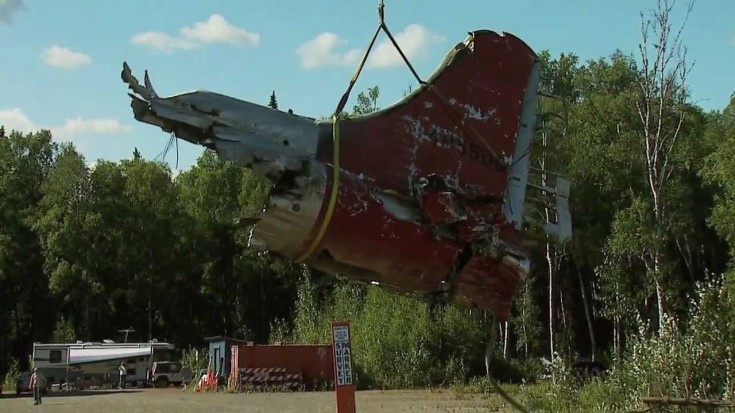 In September 1951, a B-17 and her crew took off from Elmendorf Air Force Base, Alaska. Flying over the wilderness, one of the engines caught fire, eventually tearing off the wing. Pilot Cliff Hudson expertly crash landed the Flying Fortress, saving six of the 7 crewmembers onboard. The wreckage of this great plane was left there for over half a century, until a group of history buffs and volunteers decided to recover what was left of the bomber.

Among the wreckage, the crew of volunteers found a bomb sight, a top secret device of the United States during World War II.

Although the wreckage caught fire once it crashed, there are still a lot of good components of the plane that are reusable or restorable. The whole idea of this recovery is to salvage as many parts as possible and use them for a B-17 Flying Fortress that’s stored in a museum in Ohio. With hard work, the parts could be used to make her airworthy. One of the volunteers explained that the reason they’re dong this is very emotional. When they look at the faces of World War II veterans when they see a B-17s being restored, it becomes very clear why they put in the time and effort preserving these great pieces of history.