B-17 Flying Fortress Drops Out Skydivers 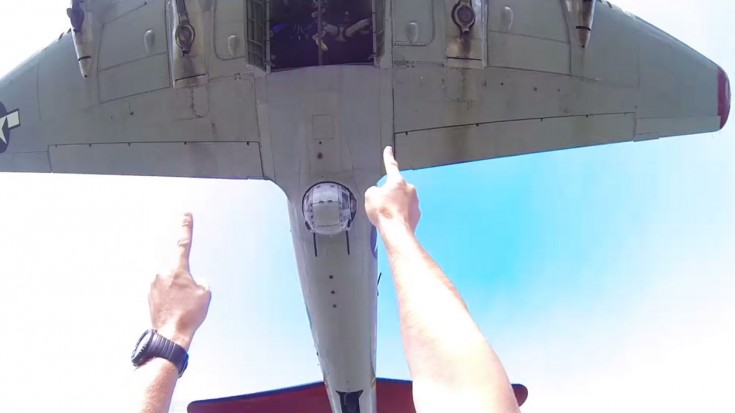 Back In The Day, Jumping Out Of A Flying Fortress Meant You’re In Big Trouble

As we see it, when it comes to skydiving people generally fall into two polar opposite schools of thought. They either absolutely love it and watch it even if they don’t skydive themselves, or you have the people who think it’s the craziest, dumbest thing a person can do. As you might have guessed, we here love skydiving (for the most part), so when we came about this video of exiting from the belly of a B-17, to say we got excited would be an understatement.

The Flying Fortress that is now dropping skydivers is nicknamed the Nine-O-Nine after the original World War II aircraft which bore that serial number combination. This warbird was known for attaining the eight best record for completing 126 successful missions, while bringing all her crew back home alive. The Nine-O-Nine in this video is a tribute that warbird and is currently owned by the Collings Foundation. She flies around the country and performs in historical aviation air shows and in this case, even has some modern fun!