B-17 Flying Fortress Low Fly By Over Crowd 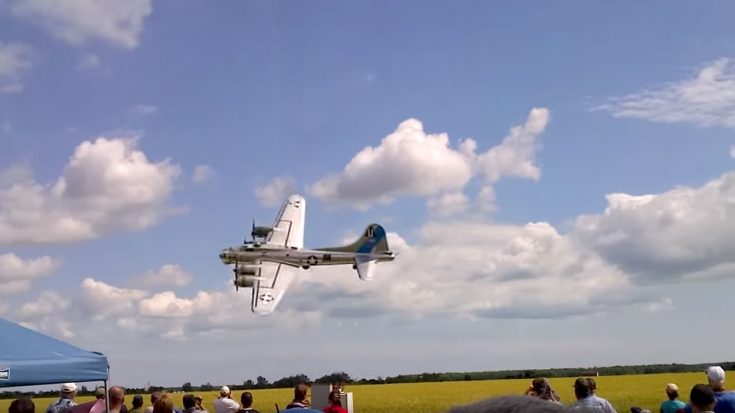 Now here’s something you don’t see every day. Although B-17s are typically seen at warbird airshows, they usually don’t fly like this.

In this video, the pilot made a very low pass with a nice bank that we’ve never seen at any airshow we’ve been to. In the description, however, we got a clue as maybe why this came to be. According to the uploader, this took place during an airshow in Ontario, Canada. We’re not sure what the Canadian equivalent of the FAA is, but if we had to guess, their rules may be slightly more lax.

As for the bird, well, this is Sentimental Journey. She’s now flown by the Commemorative Air Force Museum out of Mesa, Arizona, but her history dates way back.

She was actually built back in 1944 and was assigned to the Pacific Theater. After the war, she was repurposed and used for photo-mapping then an air-sea rescue craft and finally a forest fire fighter.

Although altered over the years, between 1981 and 1985 she underwent a total overhaul and was turned into the flying example you’ll see in this video. Isn’t she pretty?