B-17 Gun Turrets Had To Go: WWII Gunner Recalls A Close-Call 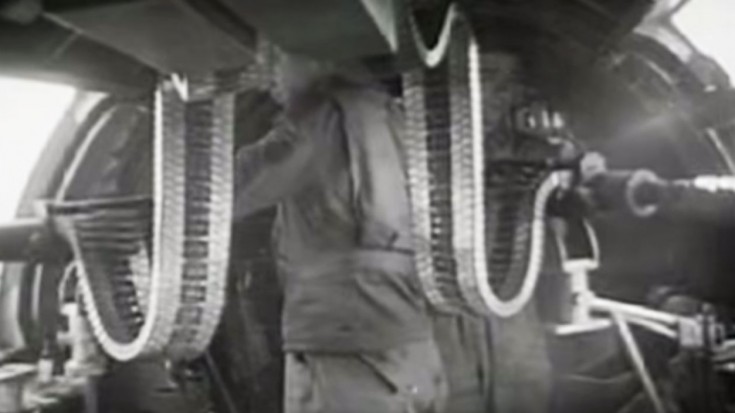 The B-17 Flying Fortress is one of the most famous and well loved warbirds of World War II. Rugged and able to pack a punch, they were not a welcome sight for the enemy. Like all things however, she did have her disadvantages due to technological limitations at the time. One such drawback was her armament which included 13 manned guns. Although somewhat effective against incoming interceptors, it was the B-17 crew that was most affected.

We had a total crew of 10. I heard a loud bang and I looked over my head…this piece of flak had gone right through both sides of the window, about an inch or two from the oxygen bottle.-Walter Bardsley, Veteran B-17 tail-gunner

Since the Flying Fortresses were long range bombers, the crew had to stand for extended periods of time, adding to their fatigue and making them more apt to make mistakes. Additionally, the cabin was extremely cold when at high altitudes and as the gunners stood at their stations, they were prone to enemy fire. For these reasons, Boeing engineers looked into devising automated gun-turrets. Not only would they get airmen out of harms way, they would also allow for the plane to be heated and pressurized, solving all the problems with one solution. Once invented, the next plane to receive such an upgrade was B-17s successor, the B-29 Superfortress.