B-17 Landing On One Wheel: Skill, Bravery And No Other Choice 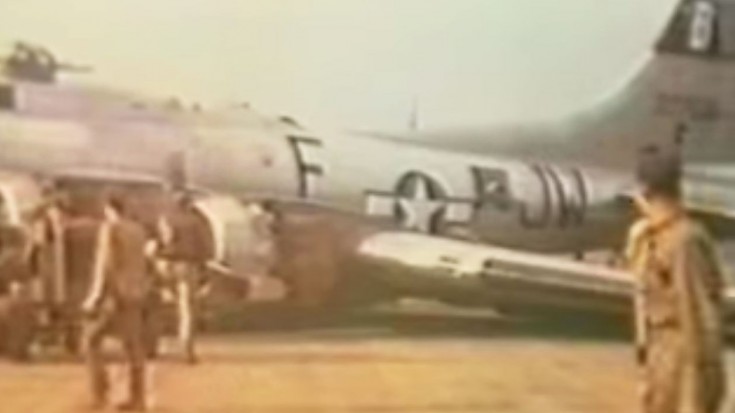 This Was Actually The Smoothest Landing You Could Hope For

This incredible footage shows the famous B-17 Flying Fortress landing under distress. With her left wheel possibly blown off or malfunctioning, she flew into Podington Bedfordshire, England and without any other choice tried to land. On board was the crew from the 92nd Bombardment Group as you can tell by the ‘B’ inside of a triangle on the B-17’s tail. The approach was hairy as you could expect, but their Flying Fortress slid on the grassy field as if they’ve done it before.

The 92nd Bombardment Group was nicknamed “Fame’s Favored Few’ and is considered the First Eighth Air Force by many.

This unit was activated on March 1st 1942 and were the very first squadron to cross the Atlantic. The following year, they were given countless missions that included bombing of strategic targets such as shipyards, manufacturing plants and submarine installations. Once they were moved to Podington where this video was taken, they flew almost 300 missions over Nazi territory and eventually received a Distinguished Unit Citation since their missions lacked escort support while flying over dangerous territories.