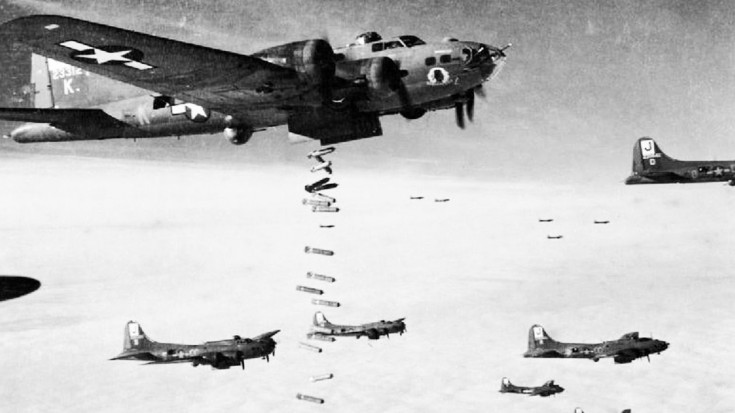 Specific Preparations Were Taken To Avoid Civilians And Historic Buildings.

Rome was a ‘hot potato’ when it came to bombing strategic military targets in Italy. With Vatican City at the center, numerous pleas were sent to the Allies by Pope Pius XII to preserve the historic cities in Italy. With some parts of the city being 2500 years old, accidentally bombing one of these structures would be considered a crime against human history. In addition, with most of the American forces members being Catholic, bombing a holy city and its residents could have had tremendous impact on their morale and the war effort.

On August 14th, 1943, Rome was declared an ‘open city,’ meaning, Allied forces were simply instructed to march in to occupy it.

Despite the pressure, strategic targets such as railways and manufacturing plants had to be destroyed to disrupt the Axis’ war effort. For 78 days, 110,000 sorties were carried out and dropped over 60,000 tons of bombs. As you’ll see in this historic clip, the crews were instructed to be as careful as possible, however, nothing goes the way it’s supposed to in war. At the end of the bombing raids, over 4,500 civilians were killed with some bombs being accidentally dropped on the Vatican as well. The bombing crews did not fair better though. In just under three months, over 600 aircraft were shot down over Italy with a loss of 3,600 crew members.