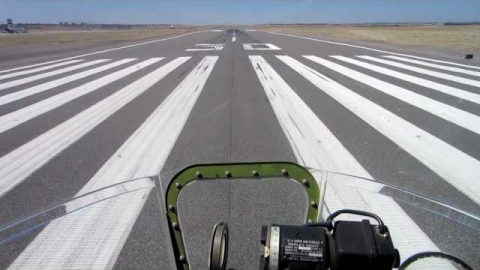 The Best Seat in The House

Have you ever imagined what was it like to be a bombardier during World War II? As a member of the bomber crew for the Air Force, you’ll likely be responsible for sighting and releasing bombs. You also have control over how bombs are dropped on enemy territory.

The video was shot from the bombardier’s point of view of the Sentimental Journey, one of the famous B-17s that’s still in airworthy condition. It was taken during a take-off in Pasco, Washington.

Getting to see the B-17 take-off is magnificent, but even more fascinating from a bombardier’s perspective. The plane is powered by the 4 × Wright R-1820-97 “Cyclone” turbo supercharged radial engines, at 1,200 HP each. The bombardier’s position is certainly the best seat in the house for sightseeing!