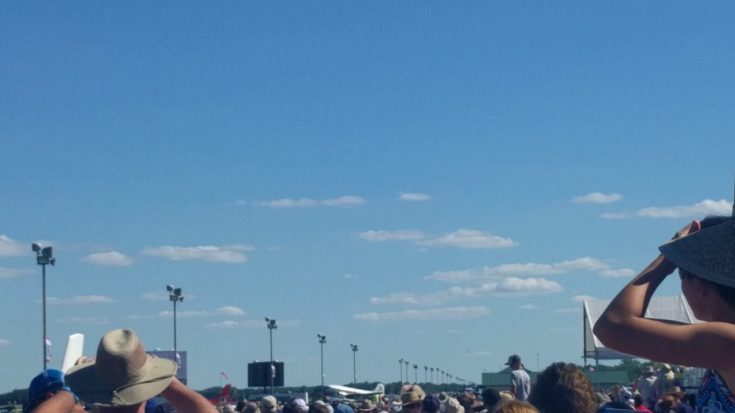 Quite Obviously a Scene Stealer

The crowd at an airshow at Oshkosh, Wisconsin was excitedly anticipating the majestic B-1B as it did an awesome high-speed pass.

Seeing this long-range, supersonic conventional bomber was such a spectacle. Also known as “The Bone,” the aircraft was originally intended for nuclear capabilities but it exclusively switched to a more conventional combat role later on.

As of 2022, it remained one of the three strategic bombers of the US Air Force, along with the B-2 Spirit and the B-52 Stratofortress. However unlike its predecessor, the B-1B couldn’t reach Mach 2+ speeds. It only had a maximum speed of Mach 1.25 (950 mph.)

But one cannot deny how glorious the aircraft is. The thrilled crowd watched it zoom past their heads before fading into the background.