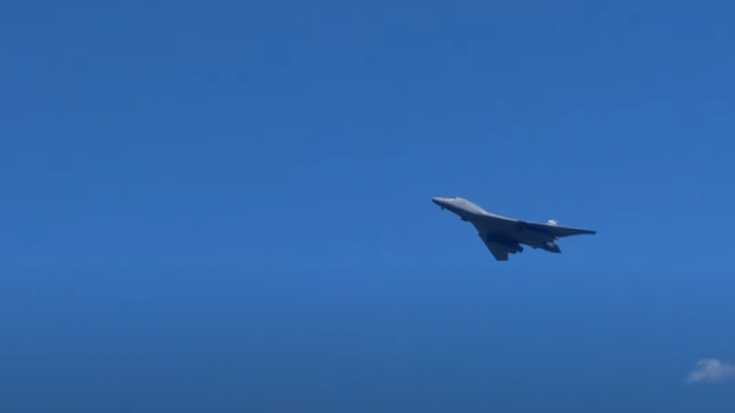 A B-1B doing a high-speed pass got everybody’s attention in an airshow at Oshkosh, Wisconsin, in 2017.

Any sighting of this supersonic bomber is quite a spectacle. The “Bone,” as some would call it, is one of the three strategic bombers still in use by the US Air Force in 2022.
2017 was a big year for the US Air Force; they celebrated their 70th anniversary as an independent service.

Because of this, showrunners at EAA collaborated with the US Air Force to include the B-1, B-2, and B-52 into the program.

Seeing all of the US strategic bombers in one show must have left everyone stunned. After all, who wouldn’t be if you saw this massive variable-sweep wing heavy bomber do a high-speed pass over your head?