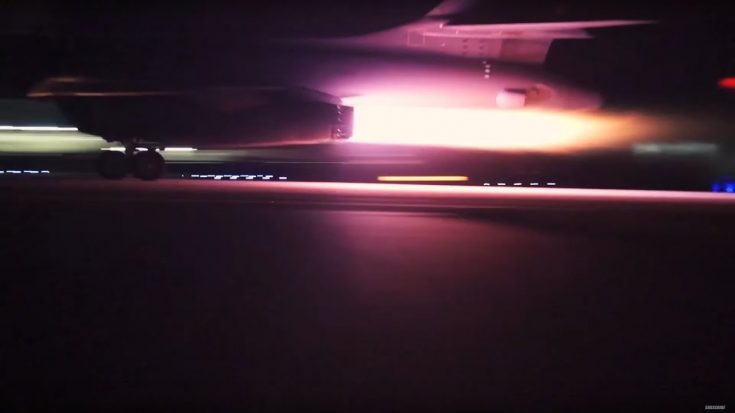 The B-1B Lancer also known as the “The Bone,” is a long-range, multi-mission, supersonic bomber. This variable-wing strategic bomber first entered service in 1986 as a successor to the B-52 Stratofortress.

The aircraft was originally designed to penetrate radar-guided air defenses by flying at low altitudes to avoid Soviet early warning radars during the Cold War. At the war’s end, it had been used extensively for close air support and tactical bombing missions.

The footage courtesy of the Department of Defense showcases the impressive night take-offs made by a pair of B-1B Lancer bombers. What also caught our attention were its massive afterburners glowing brightly in the dark. Not to mention, those had to be one of the brightest afterburners we’ve ever seen.