B-24 Pilot Ditches Plane In Water, Gets Out And Combs His Hair 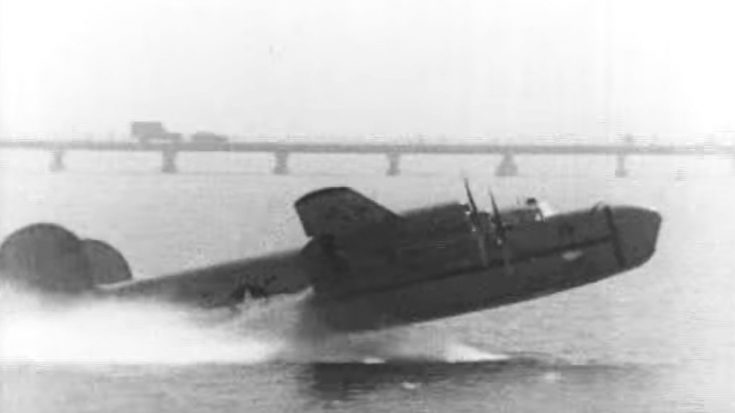 You May Be Cool, But You’ll Never Be That Cool.

This video is pretty impressive when you consider several factors that are in play here. Yes, it’s a successful water landing which is impressive enough as it is, but this was actually an experiment performed by NACA. They actually meant to do that to see what kind of damage a Liberator would suffer from a forced water landing.

Now think about that for a minute.

Drones were not fully developed back then yet (more on that here) so somebody had to volunteer to actually do this manually. Now we all know that aviators are pretty crazy (landing on moving stamps out in the ocean and all) and then there are test pilots. Although designs look good on paper, that first guy has to actually take a new bird up in the air to make sure everything works as planned.

Then there are these guys.

Conducted by NACA’s Langley Research Center, they wanted to dunk a B-24 into the James River. The guys they got to do it are nothing short of crazy. Not only did they do it, one of them casually opened the hatch after the whole ordeal, walked out on his half sinking plane and fixed his hair. From the video we saw that the crash was quite violent, but that doesn’t mean this guy’s hair had to be out of place. Right?