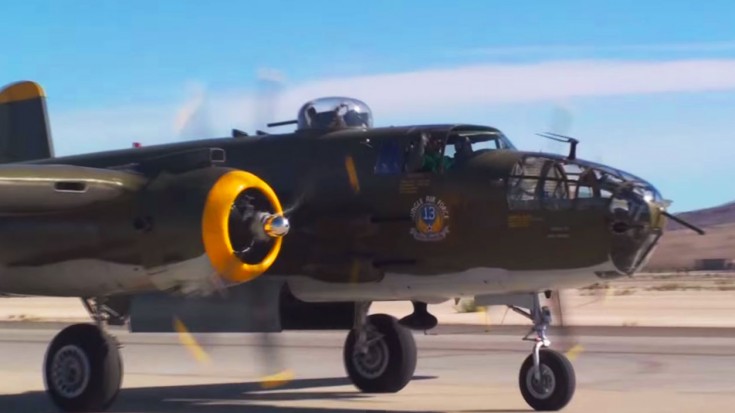 The B-25 Mitchell was a medium bomber manufactured by North American Aviation for the United States Air Force. With just under 10,000 of them made during World War II, Mitchells were used by most of the Allied forces and have seen action in every theater. Because of their widespread use during the war, close to 30 variants of the B-25 were made to accommodate various military needs. Improvements such as self-sealing fuel tanks, additional armor and de-icing devices were also added in later variants to make these bombers as effective as possible.

The day has passed when armies on the ground or navies on the sea can be the arbiter of a nation’s destiny in war. The main power of defense and the power of initiative against an enemy has passed to the air.- General William “Billy” Mitchell

The B-25s got their name ‘Mitchell’ after General William ‘Billy’ Mitchell, who is hailed to be the father of the United States Air Force. He served in France during World War I where he commanded American air units and realized the importance of air superiority. Being one of the first to realize that future wars would have a critical strategic component in the air, he devised a series of tests to see if planes could sink battleships.