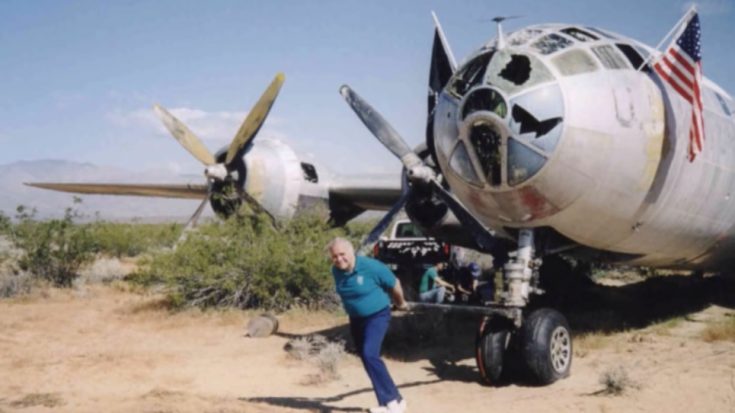 WWII B-29 bomber “Doc” is open for business!

The shining beauty recently got a home of its own at the B-29 Doc Hangar and Education Center at Eisenhower Airport in Wichita, Kansas. Now, that new home is ready to welcome guests and is open to the public every Tuesday and Thursday from 9am to 2pm and every Saturday from 9am to 1pm.

That is, it will be open when “Doc” isn’t out and about giving rides and touring the country. Though its airshow schedule isn’t confirmed yet, “Doc” is gearing up for the 2019 flying season beginning mid April. Rides cost between $600 and $1500 and you can bet it will be worth every penny.

This particular Boeing B-29 Superfortress has an interesting backstory. No. 44-69972 was delivered to the U.S. Army in March 1945. With another B-29 dropping the atomic bombs that would end the war, this B-29 was out of a job. In July 1951, “Doc” and a squadron known as the Seven Dwarfs performed radar calibration. They then moved on to target towing and then, be still our hearts, became targets for bomb training by China Lake, California.

And that’s where Doc sat for 42 years until Tony Mazzolini began the lengthy process of removing and restoring the sad-looking desert dweller. It would take 12 years for the government to give her up.

In 2000, “Doc” came full circle back to Wichita, where it was first created. With quite a bit of backing from aviation enthusiasts and business leaders, “Doc” achieved airworthiness in 2016. She is just one of two flying today. What a stunner!