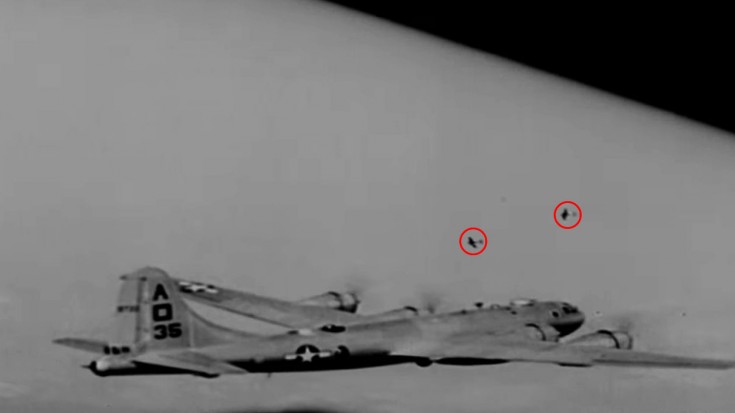 Those Were Some Tough Days For Everyone Involved!

This restored newsreel was aired on May 17th, 1945 in the United States. With the whole world watching however, the U.S. was pushing further into the Japanese mainland.

After capturing Guam, airbases were set up that allowed the Allies to bomb Japan with more ease. Also, the famous Battle of Iwo Jima also made it possible for damaged bombers to have a place to go in case of an emergency, something that you’ll see in this footage.

Some of the film captured of the flak and aftermath says so much about this horrible war.

The purpose of these missions was to fly these giant bombers over Japan and destroy their factories. Without the ability to manufacture goods and war materials, the idea was to choke Japan’s ability to fight. That as we all know, did not do the trick and extreme measures had to be taken.

As for the footage, it’s actually quite marvelous. With air-to-air shots, you’ll see fighters flying about while protecting the formations which is something spectacular to see. Other than that, it’s views from the bomb bays as the Superfortresses drop bombs and destroy their targets.

Really great footage if you ask us!