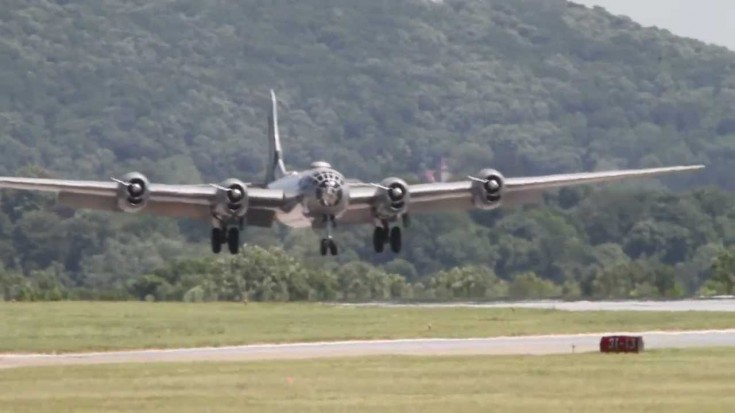 Just Another Day At The Office For This Guy!

The B-29 Superfortress is the successor of the smaller, but still mighty B-17 Flying Fortress. As the name itself describes, this airplane was the largest flown in World War II. It was built for high-altitude strategic attacks, but because of poor performance, was reassigned to low-altitude night time bombing missions. Designed and manufactured by Boeing, the Superfortress was not only the biggest but also the most technologically advanced plane of its time.

Here are some of the new gadgets that Boeing came up with:

With 3,970 units built, only 22 are now preserved and in museums, while only one, named ‘Fifi,’ is still airworthy and that’s the one you’re seeing in this video! In 2011, she flew into the Reading Regional Airport for the Mid-Atlantic Air Museum World War 2 Weekend, and as you’ll be able to see and hear, it was a really windy day. Watch the pilot adjust the rudders to straighten her out!