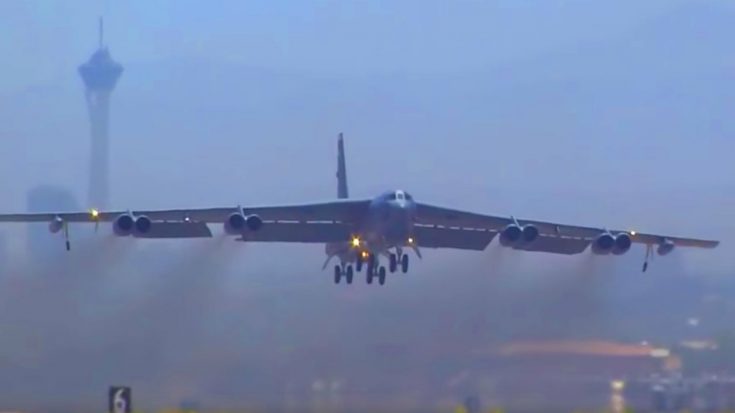 The B-52 Stratofortress is easily among the most recognizable bombers of all time. The massive jet has been serving the US Air Force for 60 years and has no sign of slowing down. To ensure that they stay on top of their game B-52 crews go through combat exercises.

At Nellis Air Force outside Las Vegas established a combat exercise known as Red Flag. This training procedure came in response US Air Force fighter pilots underperforming during the Vietnam War. Pilots must be ready to scramble and engage hostile simulated targets at a moment’s notice.

Red Flag Exercises encompass several areas of warfare including the air force, intelligence, and command. The B-52 Stratofortress is the heavy hitter of the US Air Force and has to be quick to attack despite its size. Nellis Air Force Base has released this footage of a B-52 bomber conducting training exercises with the beautiful downtown Las Vegas skyline on the horizon.