B-52 Stratofortress ‘Waves’ At Crowd During Show 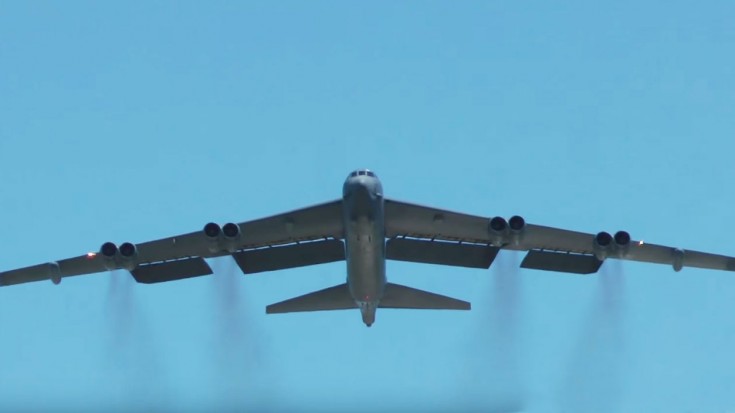 This Behemoth Actually Did It!

The AirshowStuffVideos guys have done it again. This year at Oshkosh they got set up perfectly to capture one of the biggest planes in U.S.’ inventory. The B-52 Stratofortress. The grandson of our beloved B-17 Flying Fortress, this massive machine is striking every time you see it.

Oshkosh Airventure as it’s called is one of the biggest airshows of the year in the United States. Held in Wisconsin, this one week event hosts over 500,000 people from over 60 countries. With that come over 10,000 aircraft both vintage and modern to the bliss of spectators. There are concerts, shows and things to do for kids, so this in one show you don’t want to miss if you love anything that flies.

The B-52’s first flight took flight on April 15th, 1952, but Boeing won the contract to build the next strategic bomber just one year after World War II in 1946.

As for this video, we got a rare treat to see this B-52 take off, but wait, there more.

Not only is this expertly filmed with a good microphone so you can hear the whizzing of the jets, but the Stratofortress comes around for another loop. The reason was to give spectators another chance to see her at all her glory, plus, she waved a goodbye! It might not sound impressive, but when you see those 185 foot long wings with a total of eight jet engines on them swinging from side to side, you’ll see why were so excited.