B-58 Hustler – How Did Such A Lethal Nuclear Bomber Go So Horribly Wrong? 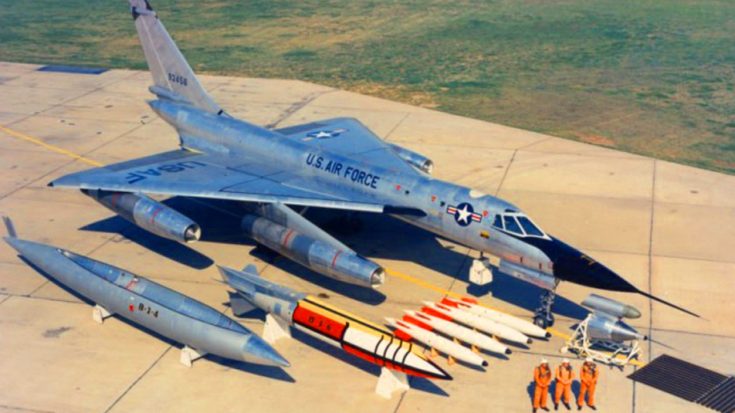 The tension of the Cold War brought for one of the most intense competitions for military power in the world’s history. The United States and Russian went back and worth with new military breakthroughs to achieve dominance. The two nations sought nuclear weapons to deter enemies leading to the development of nuclear bombers such as the Convair B-58 Hustler.

The B-58 was the first jet that could achieve speeds above Mach 2 while carrying a payload of up to 10 tons of nuclear bombs. This nuclear bomber utilized low altitude flight in order to avoid the newly developed Soviet surface-to-air missiles which could target high altitude planes.

Despite the advantages of the B-58 as a bomber, it was highly problematic during its run with the United States Air Force. Its delta wing design made landings difficult and it was prone to accident, 26 B-58s were lost to crashes. The B-58 never had an opportunity to participate in combat as low-flying bombers were soon considered irrelevant compared to the more reliable B-52s of the time.

Better in appearance than it was in combat, the Convair B-58 was a great looking jet that just couldn’t put up a fight safely. Test footage of the B-58 can be viewed in this clip as it makes a cross-country low-altitude flight.