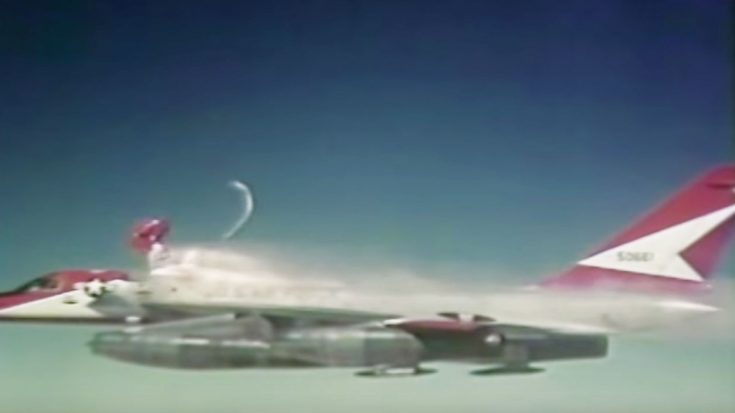 All In The Name Of Progress.

Nowadays, all the PETA folks and 20 somethings would crawl out of their safe spaces and start raising hell on social media if this happened. Fortunately for us, we were able to test a bunch of now lifesaving technologies before our nation got well…, a bit softer than the Greatest Generation to put it in the slightest.

Now that our little rant is over, let’s talk about the bear in the capsule. The B-58 Hustler which was introduced in 1960, was the first supersonic bomber which could fly 1,319 mph at a height of 63,400 ft. With such progress came safety questions. How in the world would someone eject safely at that altitude and speed?

The answer was the ejection capsule. Dating back to Nazi Germany, this concept was a work in progress and tested on many airframes such as the F-111 Aardvark and XB-70 Valkyrie, but the first one to use it operationally was the B-58. This did come at the cost of much testing of course.

As you’ll see in this footage (which we cued up for you to the right spot), a bear was used to test the propulsion and g-forces the ejection capsule would put on its pilots’ bodies. This test was successfully completed in 1962, when the bear in the video was the first living creature to survive a supersonic ejection. Check it out.