B17 Flying Fortress Memphis Belle Startup and Take off 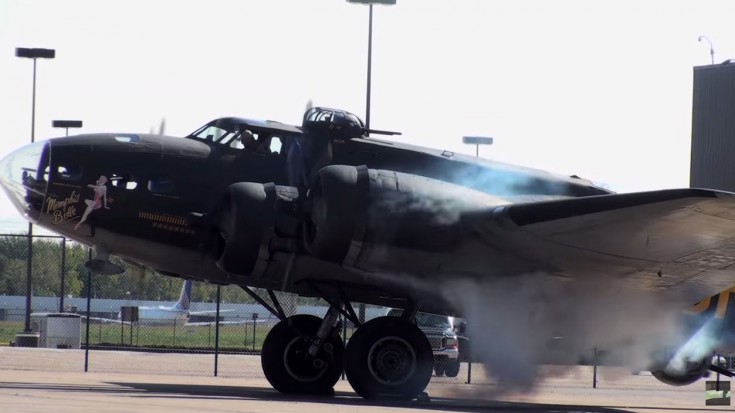 B-17 Flying Fortress Was A World War II Icon

Most of the fast paced changes in World War II military aircraft came from the fierce competition between manufacturers. The B-17 Flying Fortress was one of the first effective heavy bombers of the 1930’s. With a great design, the Boeing plane was ahead of the race, with Martin and Douglas trailing behind. The B-17 was primarily used as a strategic bomber on the European front.

The Flying Fortress, as its name suggests, was able to fit a crew of 13. It stood 19 feet tall from the ground, had a 103 foot wingspan, four Wright R-1820 radial engines and could take off with no more than 54 thousand pounds of weight total. Defending the fortress, there were no less than thirteen .50 caliber M2 Browning machine guns. The B-17 could carry eight thousand pounds of bombs.

Not long after World War II, the B-17 Flying Fortress was replaced with newer and more efficient aircraft, though the plane’s military duties were simply replaced with others. A large number of them ended up with the US Coast Guard, meant to perform air-sea rescue operations, while others were used by the CIA.