B2 Stealth Bomber Arriving at Fairford 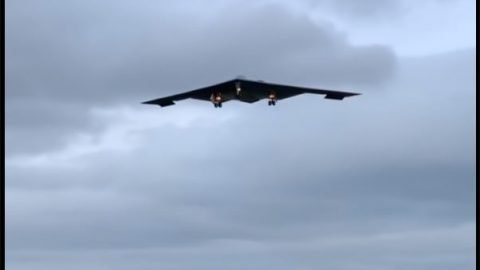 One of the Most Iconic Planes

The Northrop B-2 Spirit, aka the Stealth Bomber, is a heavy strategic bomber of the US. What makes this aircraft so cool is that it’s in fact one of the most survivable aircraft in the world.

In fact, it is the only plane to incorporate a long-range, stealthy, and heaving payload into a single platform. Moreover, the plane’s unique stealth characteristics allow it to penetrate even the most sophisticated defenses of the enemy.

The video captured the B2 Stealth Bomber arriving at Fairford (FFD) during its deployment on March 2020. Surprisingly, the plane was so much quieter than what we were initially expecting.

Seeing it fly over and land is simply spectacular- like it was some spaceship from a sci-fi film. What do you think? Do you agree that this plane is a work of art?