Battle Of Guadalcanal – The Bloody Conflict Of The Pacific Dissected 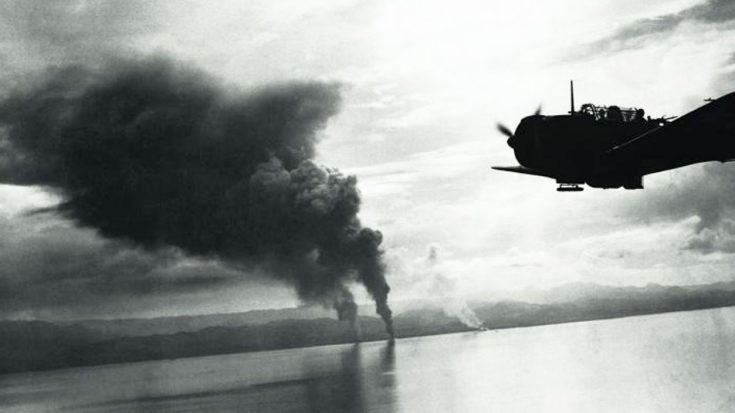 The Battle of Guadalcanal in the Solomon Islands was one of the bloodiest, lengthiest campaigns of World War II. The battle over the Pacific island inspired unrelenting combat that raged on for months between the Allies and the Japanese. The conflict took a drastic turn when the United States Navy joined in November of 1942.

“There was no feeling of dedication because it was absolutely involuntary. I do not doubt that if the Marines had asked for volunteers for an impossible campaign such as Guadalcanal, almost everyone now fighting would have stepped forward. But that is sacrifice; that is voluntary. Being expended robs you of the exultation, the self-abnegation, the absolute freedom of self-sacrifice. Being puts one in the role of victim rather than sacrificer, and there is always something begrudging in this. I doubt if Isaac would have accepted the knife of his father, Abraham, entirely without reproach; yet, for the same master, he would have gladly gone to his death a thousand times. The world is full of the sacrifice of heroes and martyrs, but there was only one victim.”

– Robert Leckie (Helmet For My Pillow)

The campaign on Guadalcanal was the first major offensive launched by the Allies against Japanese forces. Over 11,000 US soldiers landed on Guadalcanal in August of 1942 in the quest to capture the island for use a landing strip. Suffering constant attacks from the Japanese, as well as losses from malaria American forces were able to secure the airfield. However, a few months later Imperial Japan sent over 7,000 to troops to retake the airfield resulting in the naval conflict at Guadalcanal.

The US Navy was still at a disadvantage, reeling from their losses at Pearl Harbor but the attack continued anyway. By the end of the battle, the Japanese lost more than 25,000 soldiers, 17 naval vessels and became one of the most chaotic battles of WWII. The History Channel takes a deeper look into the battle that shifted to the war in favor of the Allies.