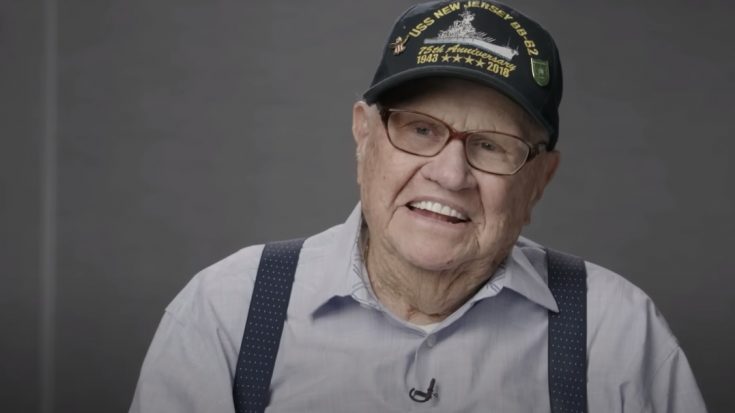 Charles Owen was born and raised in Louisville until he was old enough to enlist in the Navy. He gleefully remembers picking the Navy because he didn’t want to dig or be in foxholes.

While in the Navy, he learned to operate the 40mm anti-aircraft guns aboard USS New Jersey BB-62. The ship was commissioned in 1943 and joined the fleet in the Pacific in 1944.

After their initial missions, their fleet went to the Philippines to help MacArthur reclaim the country. There, their crew and the US Navy shot down 400 Japanese planes.

With Japanese naval aviation now crippled, Japan started using wooden planes as their next avenue of attack. The planes were fitted with bombs to maximize the damage they dealt as the pilots wilfully sacrificed their lives for their country.

Ultimately, the fleet just had way too much firepower for kamikaze planes to be effective. After all, USS New Jersey had forty-nine 20mm AA guns, eighty 40mm AA guns, twenty 5in guns, and nine 16in guns.