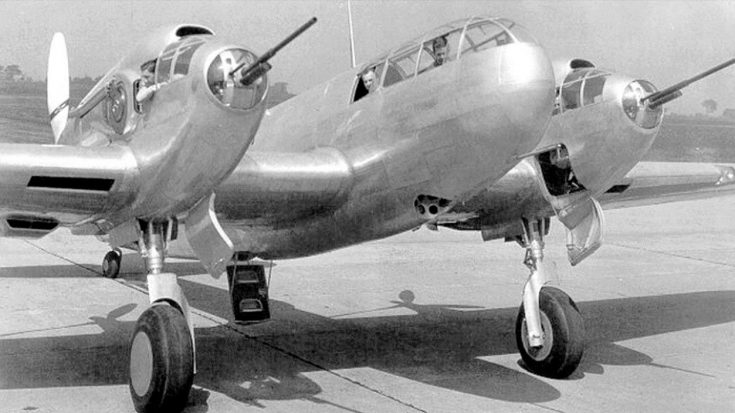 During WWII there were limitations to flight, how fast, how high, but often how far came into play. The range was something that deeply affected several aircraft of the war, in particular, interceptor aircraft. The Bell YFM-1 Airacuda remedied the problems of short range in interceptors planes by 2,600-mile range, long enough to intercept hostile bombers and escort friendly ones on raids.

Created by the Bell Aircraft Corporation as a plane that could fly farther than single engine fighters, the Airacuda was a huge bomber deterrent. The YFM-1 was definitely an innovative design with three cockpits equipped for gunners and forward facing M4 cannons it could take on large bombers with relative ease.

As innovative as the Airacuda was in its designs, they could not save it from the many flaws that plagued it during flight. The main flaw is that is could not attain speeds over 277 mph, making its role as an interceptor less than stellar. It’s size restricted the Airacuda’s maneuverability making it extremely vulnerable to attacks from fighters.

“With few pilots interested in flying the strange aircraft, the Airacuda saw limited flight. Although there were plans to modify the Airacuda’s airframe and installing more powerful engines the FM Airacuda was removed from inventory despite the fears of bomber attacks which the Airacuda was designed to prevent.”

A mere 13 Airacuda were built, enough for a full squadron but they never saw combat. The flaws along with a few accidents ensured that it would never be used as anything beyond display plane and by. 1942 all of the remaining Bell YFM-1 Airacudas were scrapped. You can see archival footage of the now extinct Airacuda in this clip.