Best Beach Day Ever When This Happens 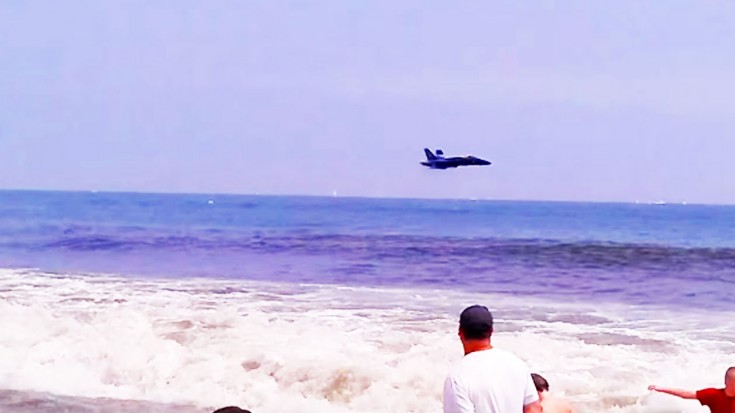 Ok, so these people were actually at an airshow which happens to be at Jones Beach State Park. That significantly raises your chances of being buzzed by about 100%. Still, you have to either live there or go there to experience this beautiful thing. For now, all we have is this awesome video.

Not only is it a low, fast flyby, it also happens while you’re hanging out on the beach. This was captured at the Bethpage Air Show which happens every year at Jones Beach. There are almost a half a million people who attend this particular event. As this is probably one of the best airshows in the world, it’s not a surprise.

Nearly 11 million people a year view the Blue Angels during their show.

The Blue Angels date back to 1946, only a year World War II ended. Starting off with F6F Hellcats and then quickly transitioning to F8F Bearcats, they have since went through a total of 8 aircraft. They now fly the F/A-18 Hornets which you’ll see in this awesome video.

F/A-18s first flew in 1978 and are all-weather carrier capable combat jets. Due to their leading edge extensions, they are extremely maneuverable and have almost perfect aerodynamic characteristics. It’s no wonder then why the Blue Angels use them.