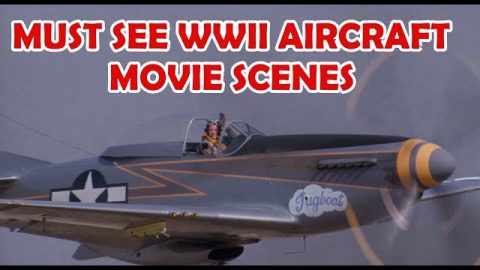 Here’s a list of the greatest aircraft scenes in movie cinema:

Dark Blue World features a real Spitfire flown by the talented Nigel Lamb. Lamb gave an impressive low-level flying, timing plane to both the chase crew and a moving train.

A Bridge Too Far showcases an impressive low-level fighter reconnaissance Spiflown by the late Neil Williams.

This movie features a number of amazing aircraft scenes, but the most notable is the landing of a Boeing B-17 Flying Fortress since it’s an actual non-planned crash landing due to jammed landing gear.

The movie featured Polish Hurricane fighters flying along with Spitfires, against enemy aircraft such as Emmy 109s and Heinkels.

What do you think of these best WWII aerial movie scenes?