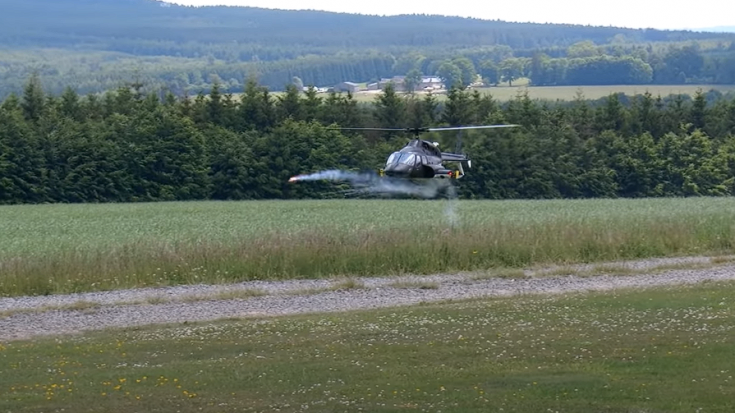 Like its counterparts, this Bell-222 has VTOL capabilities that allow it to take off in those kinds of terrain quickly. While derived from the Bell-222, you’ll notice that this airframe isn’t the usual one these helicopters use.

This particular model is a 1/5 scale of the “Airwolf,” a helicopter from a 1980s American television show based on the Bell-222. It sports a “phantom gray metallic” paint on top and a pearl-gray paint on the bottom. One feature of the Airwolf is its retractable rocket launcher which this RC model also has.

At around the 1:30 mark, you’ll see the helicopter shoot one of its rockets like it did in the show. The rocket launcher is a 6mm Pyro Effect Rocket made by Vario (which alone costs $400).