Big Changes Are Coming To The B-2 Bomber 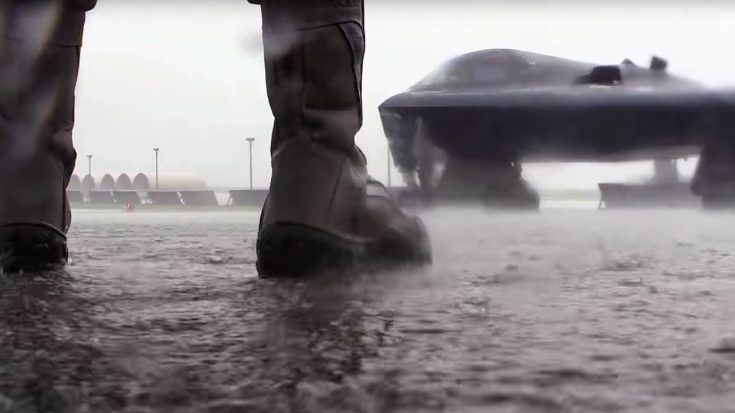 Since its debut in 1997, the Northrop Grumman B-2 Spirit has reigned as the most iconic stealth aircraft. Despite its stealthy features, the stealth bomber is recognizable the all over the world for its dark, sleek frame. The B-2 bomber will remain in service into the 2050s and will receive upgrades to boost its longevity.

The upgrades to the B-2 will include modern ejection seats as well as improvements to software and communications. Eluding detection will remain the prominent feature of the bomber and the upgrades will provide more safety for the pilots.

“One such enhancement will prevent emerging threats from detecting its location by increasing the B-2’s frequency awareness with antennas and other hypervigilant electronics as part of a program called Defensive Management System Modernization.”

The B-2 has received praise for its power and reliability for attacking enemy targets without detection. Although the track record for the Spirit has been superb, one actually has suffered a crash in 2008 at Andersen Air Force Base in Guam.

“The whole key is to give us better situational awareness so we are able to make sound decisions in the cockpit about where we need to put the aircraft.”

The upgrades will cost the US Air Force roughly $14 million and will put into effect by 2017. Footage of B-2 bombers being prepared for missions can be viewed in this clip provided by the staff at Andersen Air Force Base.