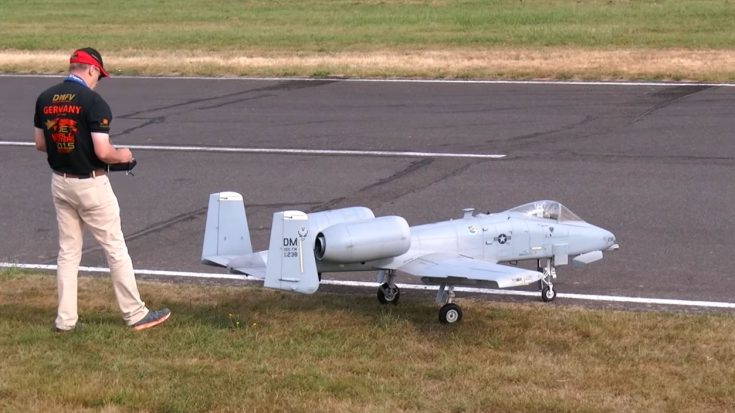 The A-10 Warthog has proven itself to be one of the most reliable killing machines that ever flew the sky. This powerful ground-attack jet took the world by storm during Operation Desert Storm where it decimated Iraqi forces. Low altitude strafing attacks paired with a 30 mm GAU-8 cannon firing 3,900 rounds per minute makes it pretty tough. Essentially the A-10 is a giant cannon with a plane built around it. The warthog’s armor is strong enough to resist direct attacks from enemy tanks, so it’s quite easy to see why ground troops love having this plane for backup.

“Using the cannon, the A-10 is capable of disabling a battle tank from a range of over 6,500m. The cannon can fire a range of ammunition, including armor-piercing incendiary rounds (API) weighing up to 0.75kg, or uranium-depleted 0.43kg API rounds.”

Sadly despite how reliable the A-10 has been in military service it is facing retirement in favor of newer fighters such as the F-35. However, those who love the Warthog can still pick up an RC version of the plane that brought Saddam Hussein’s forces to their knees. The folks at RC Media World play around with a huge 1:5 scale Warthog that has midair moves so good it could almost pass for the real deal. Go watch it right now, it’s pretty damn cool.