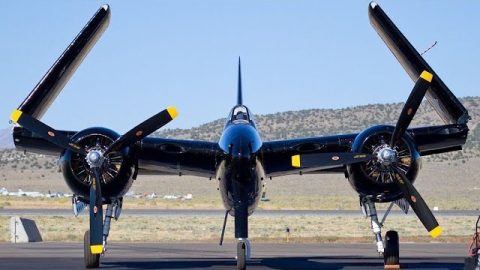 It’s hard to pick which aircraft out of the seven sounds best. You can make a case for each warbird in the video though that might just be their radial piston engines sounding all too powerful. Still, the Helldiver and the Dauntless are clear standouts for us.

Helldivers have air-cooled radial engines that helped them become serviceable during WWII. SB2Cs were littered with engine failures and maneuverability problems during production. The introduction of R-2600-200 helped it overcome those problems.

The An-2 is the odd one out as it wasn’t used in WWII. This highly-adaptable plane also has an air-cooled radial engine with a supercharger. Introduced in 1947, this plane has had numerous variants to fit any of the needed criteria.

What about you? Which out of the seven sounded the best?