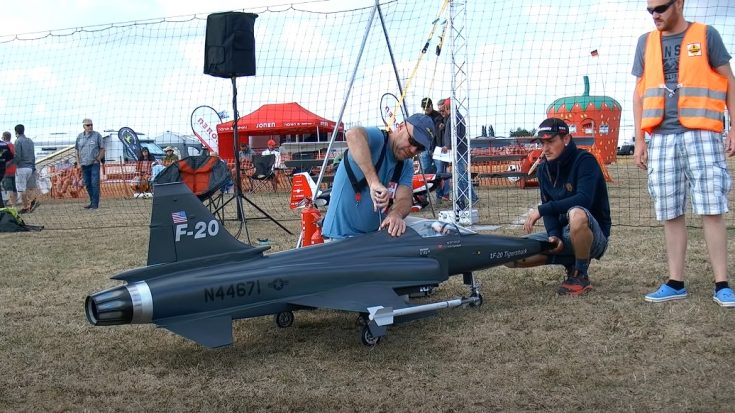 Being an owner of an RC F-20 feels like a great dream to have. It is hard to find this plane in the trade today.

Though that might be because the actual aircraft got canceled in 1986. Yet, the F-20 seems to have retained its popularity through the years.

You can probably get something better than this with that price but you can’t replace the elegance this F-20 exudes. Did we forget to mention that it flies so well too?

Hopefully, the pilot gets a better landing next time. The one in the video was a bit rough.