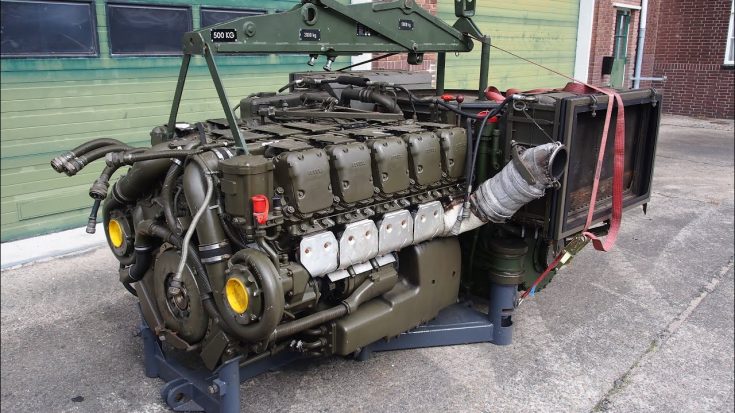 During wars, tanks were an important weapons system. Generally, there are different types of engines used.

This video shows six minutes of well-edited compilations of big tank engines we’ve seen for a while. It walks you through pretty cool tank engines such as the Continental AV1790 that were used in heavy tanks such as the M53 and M55 howitzers, and the Rolls-Royce Meteor that became one of the most successful British tank engines of all time. It also features the Kharkiv model V-2, a Soviet diesel tank V-12 engine.

There’s no doubt that these are pretty insane tank engines! Can you imagine being on an actual battle field and hear these on the other side of the hill? And which do you think among them has the loudest, terrifying, and has the best sound?