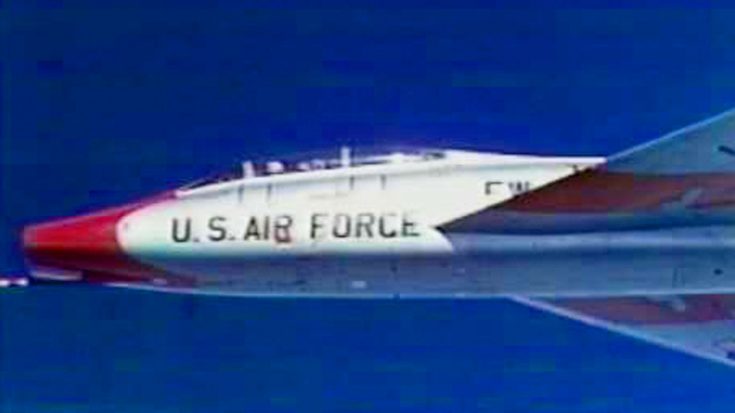 There are few men out there who can be considered on the same level as Bob Hoover. Known the world over as “The Pilot’s Pilot” he had an aviation career that spanned through wars, air shows, and testing experimental aircraft. Hoover’s time as a test pilot pave the way for many new planes but it would also cause him to have few scrapes with death.

After World War II Bob Hoover was recruited by North American Aviation to test experimental aircraft. In the early 1950s as the United States was entering the Jet Age Hoover would set out to fly the F-100 Super Sabre. The F-100 was the first fighter able to reach supersonic speeds in level flight. When Bob got behind the wheel and all went as planned until the landing when the Super Sabre experienced a malfunction.

“I didn’t have enough time to flare and get it down ok. So I crossed the edge of the lakebed and I set up my landing. And I said it’s working out fine, they said they got the equipment rolling and I said we aren’t gonna need it. About that time I started to flare, to land and no flare. I had run out of hydraulic pressure.”

The malfunction caused the F-100 to crash and Hoover ended up in a body cast for six weeks. After he healed he got right back into the Super Sabres testing them again, claiming that experimental aircraft was just too addictive. Hoover was one in a million, you can see footage of his near-death experience in this clip.