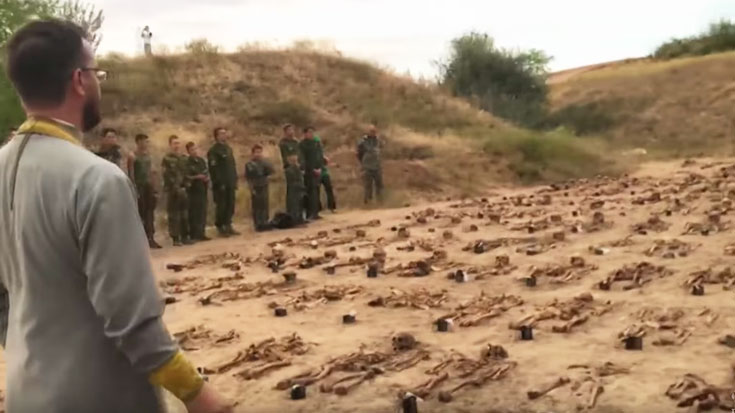 The Battle of Stalingrad occurred 75 years ago and to this day it remains one of the bloodiest conflicts in human history. Nearly 2 million people died as the forces of Nazi Germany pressed forward against the Soviet Union until their defeat after 6 months of fighting. With so many dead in the vicious battle, there are those who are dedicated to finding the missing though it is quite a daunting task.

An excavation crew in Russia has unearthed some 500 bodies of Soviet soldiers who perished in the Battle of Stalingrad. These skeletal remains still clutch guns, wear helmets and boots from where they fell. Although many of these remains don’t have names, some of them may leave clues to find their identities.

“Lots of relatives still have hope to find anything. Where they died, how they died and to have a place where to come to put flowers.”

Hundreds of thousands of soldiers still remain unaccounted for in Stalingrad and it is estimated that their remains will continue to be found into the next century. This short video documents the teams that searches throughout the fields of Stalingrad for the remains of fallen soldiers 75 years after the legendary battle.