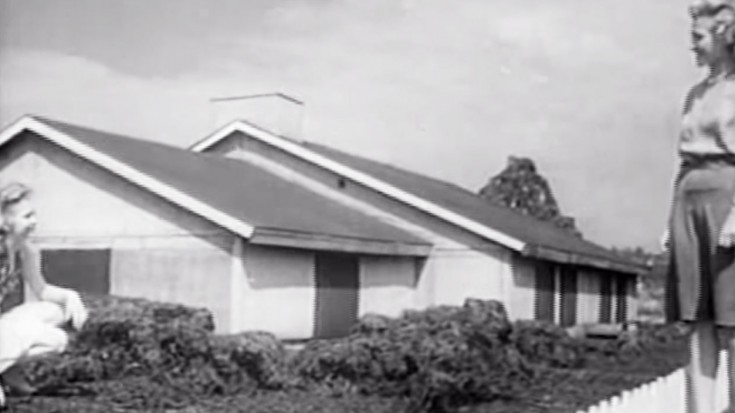 After the attacks on Pear Harbor in 1941, the American populace was afraid of additional attacks. Since it became apparent that an attack on U.S. soil was possible, the west coast of the United States went through preparation drills in case of an attack. More importantly, precautions needed to be taken to protect the Boeing’s Plant 2 which was located in Seattle, Washington, as it produced American’s number one bomber, the B-17 Flying Fortress.

At the time of the Pearl Harbor attack, Boeing’s plant was 1,766,000 square feet in size, making it a crucial asset to the war effort.

In a brilliant effort to protect the plant from possible bombings, the U.S. Army Corps of Engineers thought up a plan to build a tiny town on top of the roof in order to camouflage it from bombers that might fly overhead. From that distance, it would be almost indistinguishable from the rest of the city, thus, reducing its likelihood of being a target. In order to achieve this, they hired Hollywood director John S. Detlie to head the project. Using plywood, chickenwire, fabric and other common materials, a tiny town was erected on the roof of the plant. Although from the ground it looks almost comical, from a bombing altitude the plant was almost invisible.