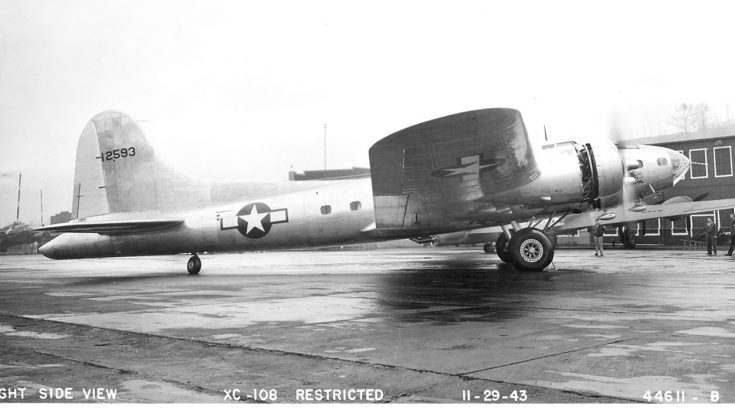 It’s All In The Details.

All of you who follow us are aviation fanatics, so we figured you’d appreciate even the littlest facts you didn’t previously know. For this reason, here’s a bit about the C-108 Flying Fortress.

The reason we said “boring” is that the conversion of this renown aircraft wasn’t exactly for the better. The “C” designation did not make it cooler or more likely to return crews from grueling missions they’re typically associated with. It was simply a cargo variant of the B-17 but then at the same time, one of the four ever built did have a VIP on board.

The C-108s were gutted B-17Es with all the weapons and armor removed, although we all know there wasn’t much armor on those tin cans to begin with. Crew’s quarters were rearranged to make more room in the fuselage for cargo most notably having the cockpit door installed where the bombardier’s station used to be.

The first 108, however, wasn’t used for cargo but as a VIP transport for General Douglas MacArthur. Although front and back turrets were left for protection, the fuselage was designed to accommodate the General. It had extra windows added to where the waist gunners would typically stand, a small kitchenette and an office to get some work done.

All in all, you all now know a little bit about an aircraft variant not many people even heard of. Drop that knowledge at the bar next time you’re out with your warbird buddies.