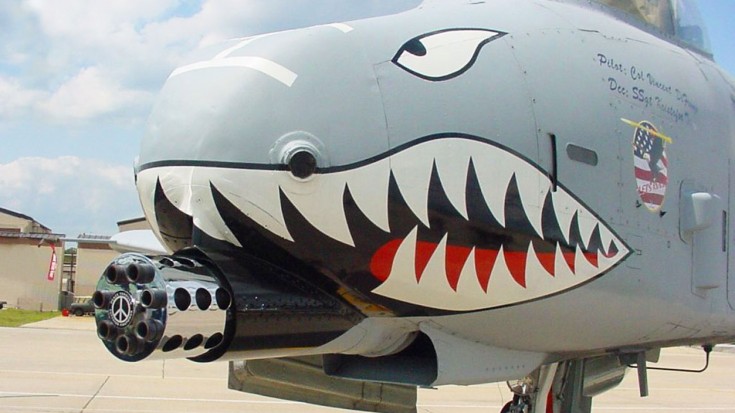 There You Have It Folks.

The hot debate over whether or not A-10 Thunderbolt IIs should be scraped in favor of new technology has been going on for some years now. The facts and statistics are there, yet, the Air Force’s gleaming eyes are looking at the F-35 Lightning II to solve all problems.

We all know the arguments. From the A-10s low speed to the F-35s 192 round magazine, there are many factors that play into this. One thing stays true every time however. A-10s are the best CAS platform ever built and that’s precisely the fact that will keep them alive.

“It appears the administration is finally coming to its senses and recognizing the importance of A-10s to our troops’ lives and national security.”-Rep. Martha McSally

While budget talks were in effect, one fact kept on coming up. The spokeswoman for the Air Force, Major Melissa J. Milner, made it clear that boots on the ground say the same thing over and over about the A-10s. They’re an essential tool in any battle, especially if they’re stuck in a bad spot.

Right now, A-10s are providing support in the fight against ISIS in the Middle East and are also deployed in Europe, Korea and other sensitive areas. During the talks this was the fact that kept on surfacing. If these planes are so obsolete, why do we keep on using them so much?

Although they’re not spared indefinitely, Warthogs will be flying without opposition at least through 2017, when they’ll be up for review once more. If history taught us anything, it’s the fact that these flying guns will keep on saving troops’ lives and will persevere through future budget talks as well.