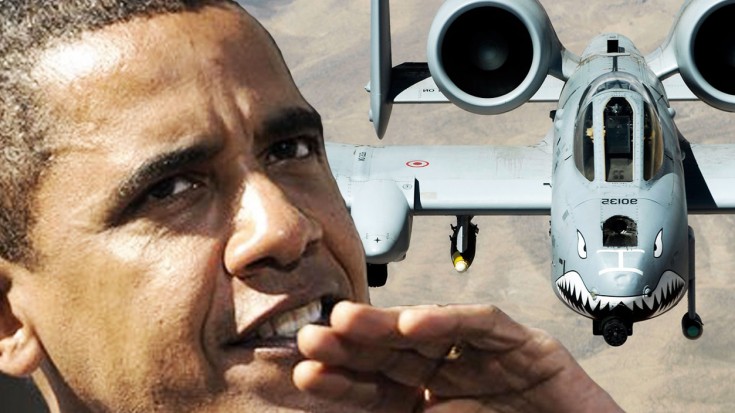 Yup, The F-35 Is Supposed To Replace It.

On Tuesday, September 29th, lawmakers agreed on a military budget plan for next year. For the time being, the budget includes $457 million for the maintenance of 171 out of the 283 total A-10s currently in service. That’s really good news for anyone with boots on enemy ground, however, the Air Force is doing anything they can to sideline the Hogs to repurpose the budget for the money-sucking F-35 program.

President Obama did reaffirm this fear on Tuesday however. In an effort to cut the overall budget he’s trying to cut as much out of National Defense as possible. He also said he’d veto the bill if it included ‘harsh restrictions on transferring detainees from Guantanamo Bay.’ The following day, Defense Secretary Ash Carter seconded that opinion saying that $38 billion should be taken back from the war fund to curb overall spending.

We’re not a political site so we won’t get into it too much as budget talks can get lengthly, however, what this possible veto means to us aviation lovers is the fact that the A-10 will get the short end of the stick. It seems everyone is trying to sideline the A-10, the major reason being that the F-35 needs more funding. As for that, we’ve put together a simple comparison on the bottom of our page that should speak for itself. Enjoy!