Scum Who Beat A WWII Vet Gets Maximum Sentence 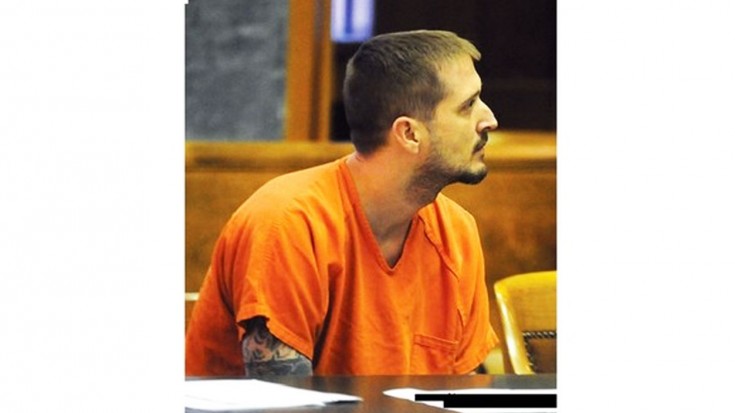 This story is a bit heartbreaking, however, it did end with justice being served. That’s something that is not common nowadays. With a World War II veteran being beaten within an inch of his life, the judge did everything in his power to sentence these men to the maximum amount of time possible.

The 89 year old veteran assaulted was Richard Holcomb. Joining the Navy at age 17, he fought both in the Atlantic and Pacific Theaters of World War II. Surviving this horrid war he was almost killed by what could be considered the the biggest scum of the earth.

35 year old Joshua Short, a Virginia man, forced his way into Holcomb’s home with another assailant on October 16th, 2014. With the intention of robbery, it was Short who wanted to incapacitate the veteran punching him in the kidneys with full force. Once on the ground, short kicked him in the ribs breaking at least a dozen of them.

I’m going to take away as much of your life as I can so you can never do this again…I’m searching for a word that describes what you’ve done. The word that comes to mind is despicable.-Judge Derek Swope

Short and his accomplice rummaged through the house and made off with about $150, a handgun, Holcomb’s deceased wife’s jewelry box and some pills. Nothing else.

After they left, the tough vet managed to dial 911 by crawling and hoisting himself up on a stool. He then spent several months in the hospital.

Short was apprehended shortly there after. A career criminal facing other charges to an unrelated crime, the judge and prosecution saw right through him. After all was said and done, the judge ruled that his sentences be served consecutively, equaling to a total of 50 years. He’s also recommending no possibility of parole.

If he ever gets out, he’ll be 85 and maybe karma will take over from there.