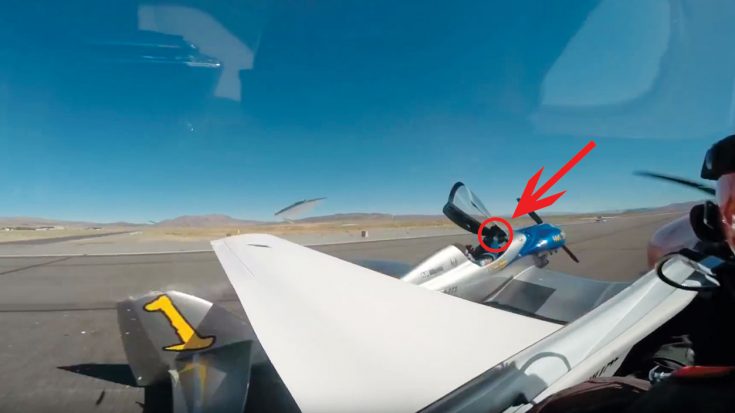 That Was Awfully Close.

On September 18th, 2016, the air races at Reno almost ended with a gory disaster. While waiting in line for takeoff, a racer by the name of Thom Richard started hearing signs of engine trouble. Knowing that he shouldn’t attempt racing, he waved off at the flag man to let him know to suspend the race.

Through miscommunication or simply others not paying attention (we’re not going to speculate), the remaining racers proceeded to crank their engines and takeoff. Meanwhile, Richard popped his cockpit in order to confirm the was indeed out of the race.

In the post below this one, you can see Thom’s perspective with the camera facing him and towards the plane you’ll be seeing in this video. Check it out to see how close that really was.

In this video however, you’ll see what is missing in the other. When Richard opened his canopy, he was holding it up at the moment the wing struck him and his plane. It did in fact hit him, and he stated that his hand is “messed up.” We don’t know the extent of the injury but it’s clear that thankfully he kept his hand in one piece .

That’s lucky, as the plane that struck him was going about 60 mph. All in all it was a bad day, but it could have been horrific. Good luck to both of the pilots and a speedy recovery to Thom Richard.

Watch Next: The Perspective Of The Pilot That Was Hit 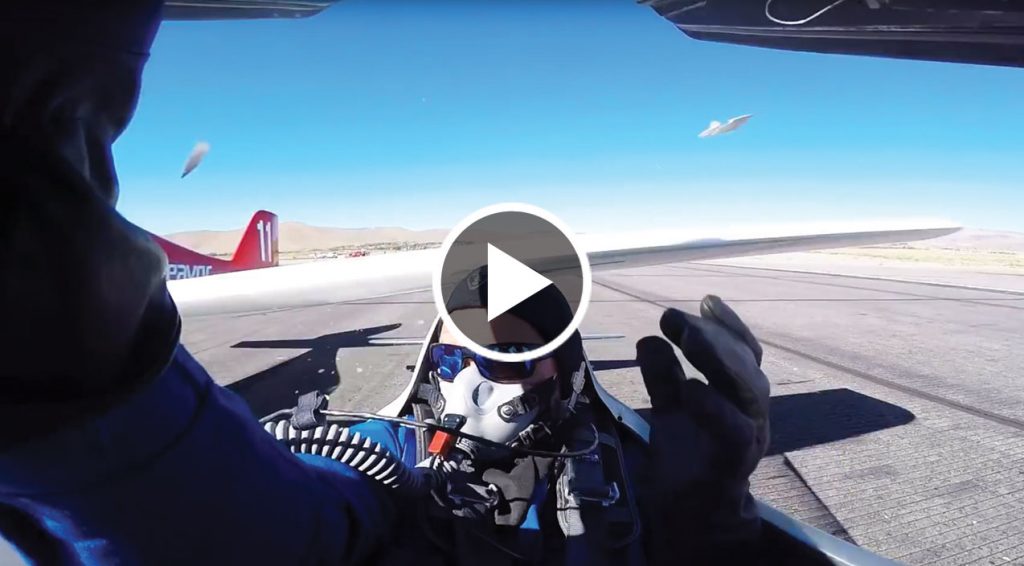