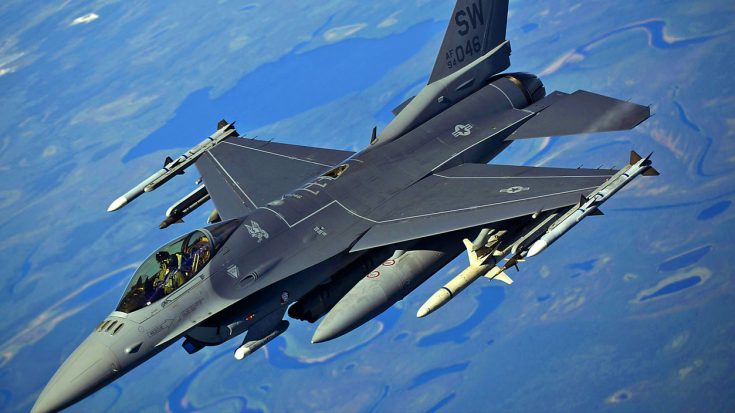 When it comes to aviation innovation there are few names more synonymous than the Skunk Works division of Lockheed-Martin. Founded by the great Clarence “Kelly” Johnson in during WWII, this team turned experimental aircraft into some of the most successful aircraft around. The division that gave the world the F-104 Starfighter, the P-38 Lightning and the SR-71 is going to take a crack at revamping one of the most reliable fighters around, the F-16.

Several older model F-16s have been converted into drones known as QF-16s which are being used as live targets against modern jets. This latest program has met with a strong outcry from a vocal public that wants to preserve perfectly good fighters rather than seeing them destroyed. Enter the Skunk Works division of Lockheed-Martin who has come up with a new project for the F-16 using it as an unmanned fighter controlled by other jets.

“During this demonstration, the experimental aircraft was able to ‘autonomously plan and execute air-to-ground strike missions’ based on mission information provided, as well as the assets made available by the planning team, but it was also able to react to unexpected changes during the mission, including “capability failures, route deviations and loss of communication.”

These F-16s can be operated without pilots to attack hostile targets and can be controlled by a mothership such as the F-35. While still in the testing phases the new autonomous F-16 program is proving to be very capable at air-to-ground strikes and in a supporting role without a pilot. Some may question the program but with at the helm of Skunk Works, it is in good hands.