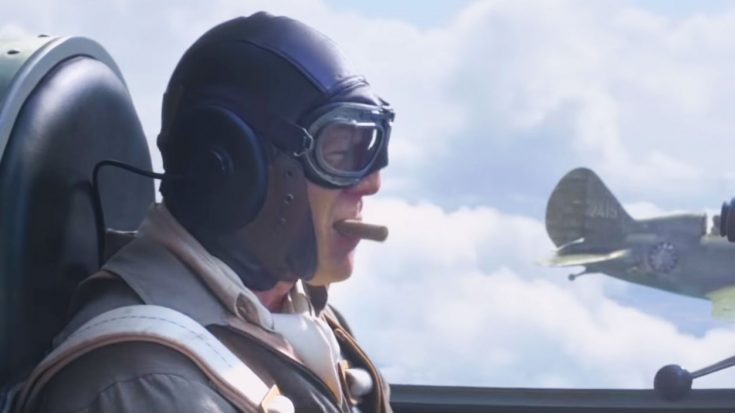 As avid aviation fans, especially of those vintage aircraft, hearing a new World War II movie about air battles is coming out is quite exciting. Unfortunately, we might have to pump our excitement brakes for the movie that’s about to hit theaters on October 26th, 2018.

Called Unbreakable Spirit, this movie revolves around the attacks on Chongqing during World War II between 1939 and 1943. During that time, the Japanese raided the city almost 300 times making it quite a historical point in history. It was part of Japan’s terror bombing operations during which they dropped more than 11,500 incendiary bombs on residential areas such as schools, hospitals and residential dwellings.

During the real Bombing of Chongqing, there were over 10,000 civilian casualties.

The film, produced in China, stars many of their nation’s movie stars alongside none other than Bruce Willis. An American pilot sent to train and aid in the air battles, it seems odd to us Westerners that he’ll go all the way across to China to be part of this particular production. To make things even stranger, Mel Gibson was the art director for the movie. Oh, and Adrien Brody (Academy Award winner for Best Actor in The Pianist) is also in the movie.

Looking at the trailer, we can certainly appreciate the historical value of the flick, but the execution is lacking. The somewhat corny CGI effects (which seem to be everywhere) distract from the film’s historical value and with a reported budget of $65 million, it’d seem the movie could have been a bit less “amateurish Michael Bay.”

Check out the trailer below and let us know what you think on our Facebook page.