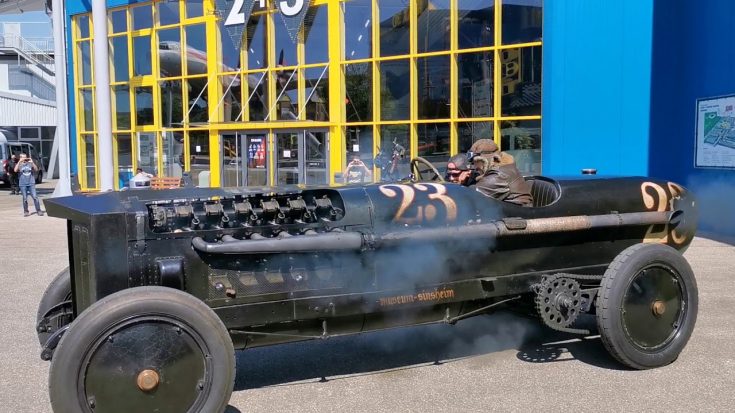 One of the Most Impressive Cars You’ll Ever Come Across

If you’re a motorsport enthusiast, then you’d definitely fall in love with Brutus- an old, yet pretty remarkable car.

The vehicle was built in 1998 out of a 1908 American LaFrance fire engine chassis, and a massive 1925 46.9-liter V12 BMW aircraft engine. It’s also incredibly fast, and could easily hit speeds of more than 200 km per hour.

The footage shows the vehicle’s start-up. Initially, it had trouble starting, but the engine soon roared to life. We especially love the sound of the starter winding up almost like a really old aircraft- almost like a giant beast coming to life. Overall, It had an excellent sound and must have great torque.

This has got to be one of the most unique engine start-ups we’ve ever seen!