BT-13 Walk Around: The Plane That Trained The Most Pilots In WWII 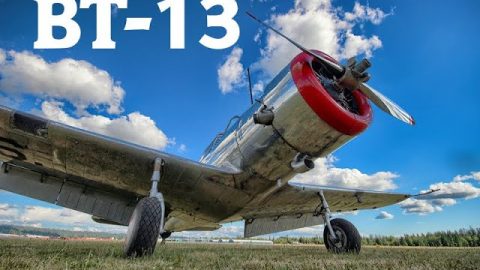 Plane Most WWII Pilots Got to Fly

Alex Munro, a guy who works for the Boeing Company, gives us a walk around of a 1942 Vultee BT-13 Valiant. He explains that that plane is a basic trainer, so most WWII pilots have some stick time with it.

While the Vultee is a relatively unknown name in aircraft history, the company eventually merged with the Consolidated Aircraft Corporation in 1943, popularly known as Convair.

Over the 11,000 built, Munro explains that there are only between 20 to 50 left in the world, and this particular plane belongs to his uncle. The aircraft has also never been restored; rather, it’s been meticulously maintained for decades to keep it in flying condition. This plane is definitely a beauty!