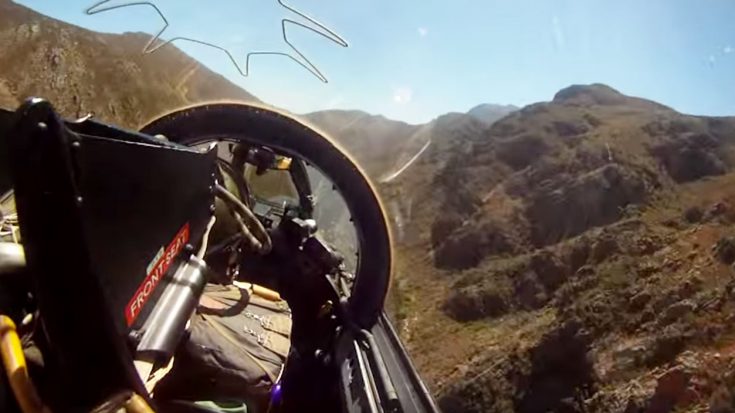 Among the rarest bombers of all time, the Blackburn Buccaneer is a masterpiece of military aviation. From 1962 until 1994 the Buccaneer was a part of the Royal Air Force serving as a strike aircraft. Its creation was in response to a growing threat from the Soviet Navy in order to deliver effective nuclear strikes.

The Buccaneer by nature is a bomber but at first sight, many would assume that is a fighter. It can quickly enter a strike area, the cockpit providing huge visual range and rapidly exit before detonation. It also is able to fly at low altitudes evading radar while heavy armor plating deters attacks without inhibiting speed.

“The Blackburn Buccaneer S.2 was a two-seat, low-level, strike and reconnaissance aircraft of all-metal, stressed-skin construction, powered by two Rolls-Royce RB Spey Mk.101 turbofans, delivering 11,100 lb thrust. It had a maximum speed at sea level of 690 mph (Mach 0.92), a tactical radius of 500-600 miles and a range of 2000 miles.”

Only 211 Blackburn Buccaneers went into production for a number of reasons. Increasing costs, as well as the inability to launch after selling off Navy Carriers, put them out of service. Despite limited numbers, the Buccaneer was an effective bomber and saw use until the Gulf War in the early 1990s.

The Buccaneer has a dedicated following and every so often owners of the rare bomber will demonstrate its capabilities. We are fortunate enough to see a Buccaneer bolting through a canyon at dangerously low altitude. See for yourself in this clip and get your pulse pounding at the beautiful speeds and sights.