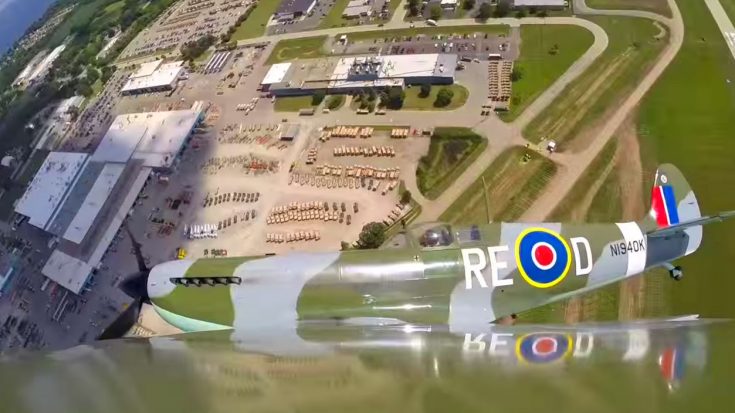 It will always be the dream to own a personal warbird soaring the skies and thrilling the world. Sadly they don’t come cheap, many of them selling in the multi-million dollar range. Bob DeFord never gave up on his lifelong dream of owning a World War II plane. However, Deford was not too keen on spending a fortune on a plane instead, he built one from the ground up.

Bob DeFord had been a mechanic all his life and would use those skills to create his favorite, the Spitfire. He teamed up Vern Goodsell and spent the next eight years collecting spare parts the fighter took form.

“I’m not a millionaire but I’ve got enough. I got enough to do it. And most people do it when you’re retired, when you’re in your older years you can do something like this and all you gotta do is want it. I mean I couldn’t wait and I thought when I’m done with my home-built [Spitfire] its gonna be exactly what I want.”

It took time, it took some spare parts and it took a good friendship but he made a Spitfire. Now it may not be the real deal, but most people couldn’t tell the difference at first glance. Despite being a Faux-Spitfire when this plane flies it captures the true spirit of aviation, you gotta see this.